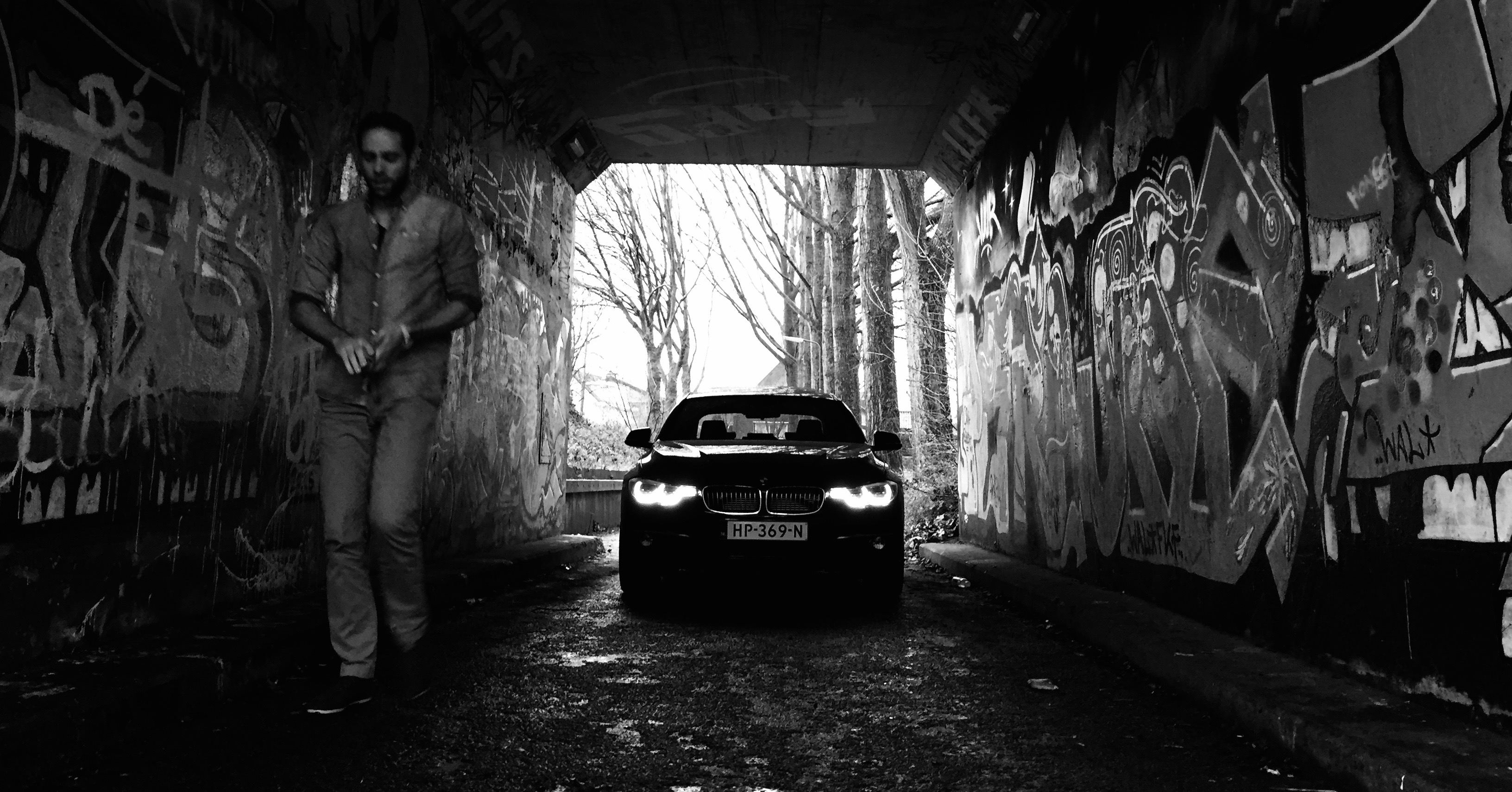 What happened? Two years ago hybrid cars were a functional purchase, bought by people who didn’t really care if their car’s design was the love child of two kitchen appliances. Now, if your hyper-car isn’t a hybrid, you’re not one of the cool kids. At BMW, the technology carefully honed in their i-series is finding its way to its flagship cars – they’ve now released their first hybrid 3-series, the 330e. And while they may not have shouted it off the rooftops, this car is a very big deal.

Let’s start with maybe the most striking feature of this hybrid: it looks exactly like its non-hybrid siblings. Yes, the days that hybrids just looked outright hideous may just be behind us. If it weren’t for the badges, the electro-plug on the driver’s side and one or two eco-buttons on the console, it would just be an ordinary three series – and let’s face it, the 3-series still has the best looks out of the German trio (the Audi A4 and Mercedes C-class).

And then it gets better. The electric motor gives you up to 50km of silent cruising. When starting the car it starts in full electric mode, meaning that you can ease out to your early meeting without waking the missus. The ride in full electric mode is silky smooth and the absence of any form of engine sound is wonderfully relaxing, which makes navigating out of local suburbia a delight.
OK, you do have to settle with 110 liters less boot space because they had to fit those batteries somewhere. But hey, now all these years of Tetris can finally pay off when packing for the next holiday.

Contrary to hybrid folklore, this hybrid 3-series is actually more fun than the regular 330.
Both run a 2 liter 4-cylinder engine. However where the regular 330’s engine is tuned to push out 252 horsepower on its own, the 330e combines the 184 horsepower 2 liter engine from the 320i with an electromotor to bring the total horsepower to – how surprising! – 252 horsepower.
The electromotor packs a punch that makes you giggle like a little schoolgirl every time you hit the accelerator. It may be 0.3 seconds slower to 100km/h than the pure petrol version but for some reason you can feel the extra 70nm torque the 330e pushes to the tarmac. And while you do feel the added weight of that battery pack in the fast corners, the extra torque does make it a little more naughty when you want to push it into a slide.

Now for the nail in the coffin of the pure-petrols: the 330e is €1500 cheaper than the regular 330i. It isn’t cheaper to produce, so we really have to thank our local government for incentivising lower carbon emissions. Bless ‘em. It’s also 3 times more economical than the pure petrol version, and if you live in countries with a big eco-drive like Holland, you can expect a myriad of additional economic incentives such as free loading poles, 50% off road tax and free parking.

If you put them head-to-head, I can’t really think of a reason to buy the regular 330 over the 330e; and when you rope in the usual suspects, this 330e is operating in no-man’s land. Audi and Mercedes’ green machines are either in the sub-200 horsepower category, or the €50k plus category. The 330e sits sweetly in the middle of those, meaning that for now, it has no competition. Clever. This gives BMW ample space to iron out any of the hiccups in this first hybrid-model until they attack the pack head-on.

So, with the 330e we have a true revenge of the nerds. The hybrid bread (which used to have less sex appeal than a dishwasher) now isn’t only outclassing its rivals but is also outshining its pure-petrol sibling. It will only be a matter of time before BMW extends the hybrid range to conquer the other engine-classes and eventually, the hybrids will be the new cool kids in town and slowly push the pure-petrol beemers into retirement. Just you wait and see, the e-BMWs will be the hipsters of the car world.

Print
« Jaguar XJ, for the gentlemen villain in you Ferrari day, also known as ‘Candy Land’ »

Registration has been disabled.

Check your email for new password.
Something went wrong, try refreshing and submitting the form again.